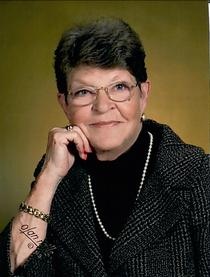 Jewel (Yocum) Stephenson Harlan, age 77, of Paoli, Indiana entered into eternal rest at the home of her daughter on the morning of June 13th, 2016 after a short but courageous battle with lung cancer.

She was born in Carrollton, Kentucky on June 8th, 1939. She was the youngest daughter of Ralph J. and Katie R. (Dunn) Yocum.

Jewel was an active member of the Paoli Christian Church and a past member of the Beech Grove Homemakerâ€™s Club. She graduated from Carroll County High School with the Class of 1957. Her family and friends mourn the loss but also celebrate a life well lived for the glory of her Lord and Savior, Jesus Christ. She was tirelessly devoted to her family.

Jewel is survived by:

FUNERAL CEREMONY
The Funeral Ceremony will be conducted on Saturday, June 18th, 2016 at 1:00 p.m. by her grandson, Stephen Tate, at the Paoli Christian Church. Burial will be in the Carrollton IOOF Cemetery in Carrollton, Kentucky.

The family requests that memorial contributions be made to the Womenâ€™s Ministry at the Paoli Christian Church, 1700 West Hospital Road, Paoli, Indiana 47432.

To order memorial trees or send flowers to the family in memory of Jewel Stephenson Harlan, please visit our flower store.