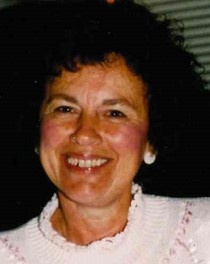 She was born in Indianapolis, Indiana on October 5th, 1939 to James and Jo (Gallo) Wagstaff.

Joan is survived by:


Memorial Service
A Memorial Service will be held on Saturday, November 18th, 2017 at the Kingdom Hall of Jehovahâ€™s Witnesses in French Lick, Indiana.

To order memorial trees or send flowers to the family in memory of Joan E. Vail, please visit our flower store.