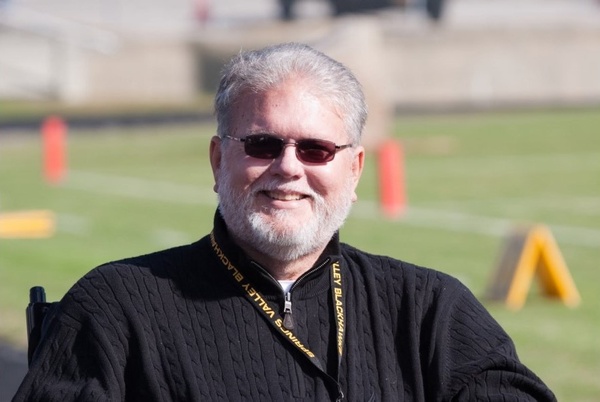 He was born June 5th, 1946 in Washington, Indiana to Gilbert and Helen (Dickhaut) Aylsworth.

He was preceded in death by his Father – Gilbert Aylsworth on October 19th, 1993.

He was a devoted member of the S.V. United Methodist Church in French Lick, Indiana.

John was the Director of Bands and Musical Educator for Springs Valley Community School Corporation from 1969 to 1994 when he retired. Under his direction, the Blackhawk Brigade won a state championship in 1977. In 1998, John was the coach for the State Champion Fine Arts Academic Team of Springs Valley High School.  He received an Honor Resolution from the House of Representatives of the General Assembly of the State of Indiana in 1995; the Sagamore of the Wabash in 2002; the Indiana Music Educators Association of Hoosier Musicians in 2007; was Orange County Community Foundation Philanthropist of the Year in 2010; and was also inducted into the Springs Valley Hall of Fame in 2010.

John and Patti continued to be very active in assisting their son Luke with the Springs Valley Blackhawk Brigade in their competitions.

John is survived by

VISITATION
Friends may call Saturday, December 22nd, 2018 from 10:00 a.m. to 8:00 p.m. at the Springs Valley High School Auditorium, French Lick, Indiana.  There will be no visitation on Sunday prior to the service.

Anyone wishing to make a memorial contribution in memory of John can make them to the Springs Valley High School designated for Springs Valley Blackhawk Brigade, 326 Larry Bird Blvd., French Lick, IN 47432.

To order memorial trees or send flowers to the family in memory of John G. Aylsworth, please visit our flower store.