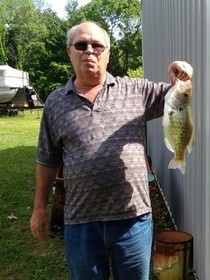 He was born in Pekin, Illinois on November 4th, 1946 to Paul and Katherine â€œJusticeâ€ McGill.

John married Yvonne Overby in September of 1972 and she survives.

He was preceded in death by his parents and (1) Brother â€“ Ronald McGill.

John graduated from Mount Vernon High School in Mount Vernon, Illinois with the Class of 1964. After high school, John continued his education by attending college at University of Southern Illinois at Carbondale where he graduated with a degree in Accounting.

He enjoyed fishing, riding his four-wheeler and giving any animal he could a better life. John also loved spending time with his family, and was always there to lend a helping hand in taking care of his brother-in-law.

Cremation was chosen and a Celebration of Life Ceremony will be held at a later date.

If anyone would like to make memorial contributions, the family wishes them to be made to the Springs Valley Pet Services, 1827 S. Forest Drive, French Lick, Indiana 47432 or to the Orange County Humane Society, 856 N. Greenbriar Drive, Paoli, Indiana 47454 in Memory of John.

To order memorial trees or send flowers to the family in memory of John R. McGill, please visit our flower store.