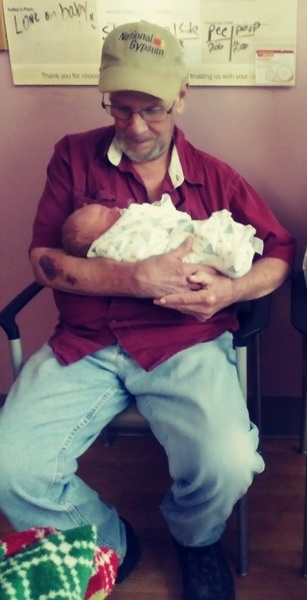 He was born on October 27th, 1955 in Bedford, Indiana to Frederick “Kenny” and Joyce (Stanfield) Mills.

John’s father proceeded him in death on August 2nd, 2009.

He attended Springs Valley High School where he enjoyed playing football and graduated with the Class of 1974.

John worked at National Gypsum in Shoals, Indiana from the time he was 18 years old until his retirement in March of 2018 after 44 years of dedicated service. He was a member of the United Steelworkers Local 7-0354.

He enjoyed fishing and teaching his children how to fish.

John is survived by

The Funeral Ceremony will be conducted by Bro. Joe Crow at 11:00 A.M. on Wednesday, September 5th, 2018 at Brosmer-Kemple Funeral Home in French Lick, Indiana. Burial will follow in Anderson Cemetery in Shoals, Indiana.

In leu of flowers, the family wishes donations be made to the Anderson Cemetery fund.

To order memorial trees or send flowers to the family in memory of John C. Mills, please visit our flower store.