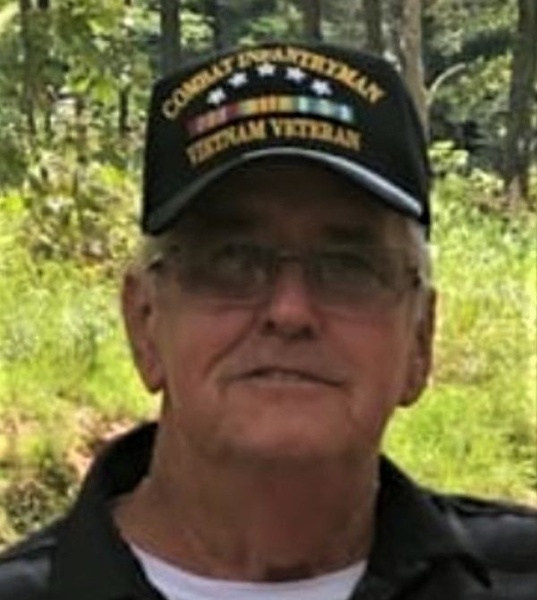 He was born in Mitchell, Indiana on November 22nd, 1946 to John Andrew and Mildred (Reynolds) Toliver.

He was also preceded in death by his parents; (1) Brother – Walter “Buzzy” Toliver; (2) Sisters – Sandy Toliver and Doneta Odum; and Son-in-Law – Russell Royer.

John had attended Springs Valley High School and proudly served his country in the United States Army for over 43 years serving in Vietnam, Germany and the National Guard.

He had worked for Pritchett Brothers during the renovations of the French Lick Springs and West Baden Springs Hotels and then worked for the French Lick Resort for 9 years where he worked in several departments until his retirement in 2022.

John loved his family and the time they were together, whether it was at home or traveling to the Smokies.

FUNERAL CEREMONY
A Funeral Ceremony will be held on Thursday, July 7th, 2022 at 2:00 p.m. at Brosmer-Kemple Funeral Home.

VISITATION
Visitation for family and friends will be Thursday, July 7th, 2022 from 10:00 a.m. until the time of service at the funeral home.

In lieu of flowers, the family requests memorial contributions to be made to set up a college fund for John’s great-grandson.  Donations can be sent to Nicole Glass, 10631 W. County Road 50 S, French Lick, IN 47432.

To order memorial trees or send flowers to the family in memory of John W. Toliver, please visit our flower store.