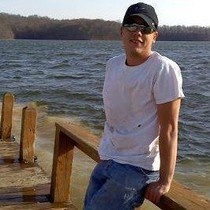 He was born in Orange County, Indiana on April 24th, 1983 to Sandy Jefford and Barbara Elizabeth Braun.

Joshua was preceded in death by his grandparents and (1) Uncle â€“ David Braun.

He worked in construction as a roofer.

Joshua is survived by:

FUNERAL CEREMONY
A funeral ceremony will be conducted by Pastor Travis Duncan at 1:00 p.m. on Wednesday, November 1st, 2017 at the T.L. Pinnick Chapel, 785 South Bears Bend Road, French Lick, IN 47432.

VISITATION
Friends and family may call from 11:00 a.m. until the time of service on Wednesday, November 1st, 2017 at the T.L. Pinnick Chapel.

In lieu of flowers, the family requests memorial contributions be made to the Lighthouse Recovery Center Inc., 200 West Main Street, Washington, Indiana 47501.

To order memorial trees or send flowers to the family in memory of Joshua Aaron Braun, please visit our flower store.