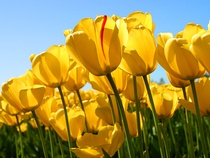 She was born in Chicago, Illinois on April 11th, 1951 to Walter and Eleanor (Anderson) Smith.

Judy was a waitress and a cook.

She is survived by several loving friends.

Her wishes were to be cremated.

To order memorial trees or send flowers to the family in memory of Judy Ann Myers, please visit our flower store.