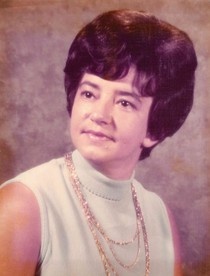 She was born in Paoli, Indiana on January 15th, 1942 to William Roberts, Jr. and Virginia (Compton) Roberts.

Karen graduated from Paoli High School with the Class of 1961. She held numerous jobs throughout her life in Orange County including but not limited to being a stay at home mother to take care of and raise her children. After marrying Dow, Karen and Dow co-owned and ran The Villager Restaurant in West Baden Springs for over 30 years. In her spare time, she loved to play golf with friends.


FUNERAL CEREMONY
The Funeral Ceremony will be conducted by Pastor Claude Lagenour on Thursday, March 16th, 2017 at 11:00 a.m. at the Brosmer-Kemple Chapel. Burial will follow at the Ames Chapel Cemetery in Paoli, Indiana.

To order memorial trees or send flowers to the family in memory of Karen Sue Henson, please visit our flower store.