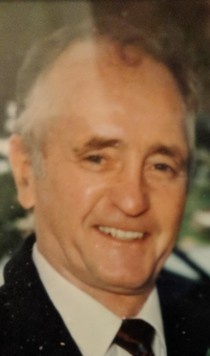 He was born in Windsor, Ontario, Canada on July 22nd, 1933 to John and Ruby (Pratt) Fraser, formerly of Scotland and England, respectively.

Kenneth married Jean Anne Edwards on October 9th, 1954 and she preceded him in death on October 10th, 2014, the morning following their 60th wedding anniversary celebration.  Kenâ€™s heart was broken that day.

Kenneth was also preceded in death by his Parents, and (2) Brothers â€“ Alan (June) and Jack Fraser.

He was a member of the International Brotherhood of Boilermakers, Iron Ship Builders, Blacksmiths, Forgers, and Helper Local 169 Detroit, Michigan.  Also of the International Association of Bridge, Structural and Ornamental Iron Workers Local Union 700 of Windsor, Ontario.  He was employed as an Ironworker on United States of America national infrastructure projects in the 60â€™s and 70â€™s, such as new construction Iron Work of Interstate 75 River Rouge Bridge in Detroit, Michigan and the Fermi Nuclear Power Plant in Monroe, Michigan.

Ken subsequently became a member in the 80â€™s of the UAW, employed as a Mil-rite, working for the Big Three â€“ General Motors, Ford, and Chrysler Corporation, from which he retired in the 90â€™s.

Kenneth proudly served our country in the United States Army and was stationed at White Sands, New Mexico from 1957 â€“ 1960, where Guided Missile Installation Electrical Equipment Repair was his course of study and his assigned operational responsibility during the â€œcold warâ€ era.

Kenneth is survived by:

FUNERAL CEREMONY
A funeral ceremony will be conducted at 2:00 p.m. on Sunday, January 21st, 2018 at the Brosmer-Kemple Chapel, French Lick, Indiana.

VISITATION
Friends and family may call from 12:30 p.m. until 2:00 p.m. and throughout the time of service.

To order memorial trees or send flowers to the family in memory of Kenneth P. Fraser, please visit our flower store.