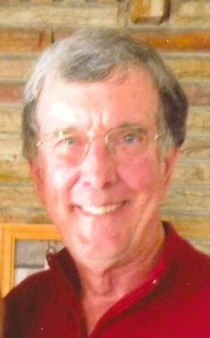 He was born in French Lick, Indiana on December 19th, 1947 to Clellon Jackson and Wilma â€œBelcherâ€ Campbell.

Ken married the love of his life Mary Dukeman on April 11th, 1970 and she survives.

He was preceded in death by his father.

Ken was a 1965 graduate of Springs Valley High School and a member of the Hillham Church of Christ in Christian Union.

Ken served in the United States Army in the Vietnam War with the 9th Infantry Division, the Mobile Riverene Force and was honorably discharged at the rank of Sgt.

He retired from INDOT as Survey Operations Manager in the Vincennes District.

Ken is survived by:

FUNERAL CEREMONY
A Funeral Ceremony will be conducted by Pastor Mike Newland at 1:00 p.m. on Monday, August 28th, 2017 at the Brosmer-Kemple Chapel in French Lick, Indiana.  Burial will follow in Ames Chapel Cemetery, Paoli, Indiana.

In lieu of flowers, contributions may be made in memory of Ken to the UC Health Foundation, Attn: Diana Hatfield, Business Manager, 3200 Burnett Avenue, Cincinnati, OH 45229 or online at uchealth.com/foundation for the UC Cancer Institute.

To order memorial trees or send flowers to the family in memory of Kenneth E. Jackson, please visit our flower store.