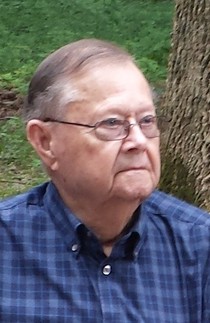 He was born in French Lick, Indiana on January 17th, 1929 to Herman and Irene (Harris) Walters.

Kenny married Irene Land and she preceded him in death on October 31st, 2012.

He was also preceded in death by his parents, (1) Brother â€“ James Walters and (2) Sisters â€“ Genevie Garrison and Joann Walters.

Kenny attended the Springs Valley Christian Church and owned and operated Walters Sales and Service and Walters Ice for over 66 years. He loved his greenhouse and gardening which made him famous for the German Beefsteak Tomatoes that he grew.

The family requests memorial contributions be made in memory of Kenny to the Mount Lebanon Cemetery Fund, c/o Wayne Ferguson 9711 W. State Rd 56, French Lick, IN 47432.

To order memorial trees or send flowers to the family in memory of Kenneth "Kenny" S. Walters, please visit our flower store.