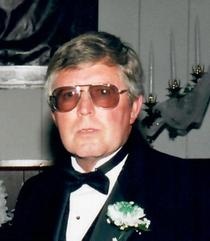 Kenny Ray Underhill, 65 years young, of French Lick, Indiana entered into eternal rest on October 1st, 2016 at his residence surrounded by his family.

He was born in Connersville, Indiana on February 23rd, 1951 to Orville Kenneth and Joann (Coleman) Underhill.

He retired from Jasper Rubber in Jasper, Indiana after 43 years of dedicated service. After his retirement, he enjoyed the extra time he was able to spend with his family.

Kenny is survived by:

FUNERAL CEREMONY
A Funeral Ceremony will be conducted by Minister Nate Daniels on Wednesday, October 5th, 2016 at 11:00 a.m. at the Brosmer-Kemple Chapel, 9640 West State Road 56, French Lick, Indiana. Interment will follow in the Mount Lebanon Cemetery in French Lick, Indiana.

The family requests memorial contributions be made to the Mount Lebanon Cemetery Fund, C/O Wayne Ferguson, 9711 West State Road 56, French Lick, Indiana 47432.
Arrangements are in the care of Brosmer-Kemple Funeral Service in French Lick, Indiana 47432. Condolences may be made on our Facebook page at Brosmer-Kemple Funeral Home or at our website â€“ www.brosmer-kemplefuneralhome.com.

To order memorial trees or send flowers to the family in memory of Kenny Ray Underhill, please visit our flower store.