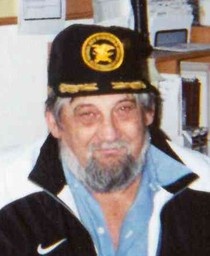 He was born on December 24th, 1942 in Orange County, Indiana to George Archer and Edna (Combs) Nolan.

He was preceded in death by his parents, (1) Daughter â€“ Rhea Dawn Stidham and (2) Sisters â€“ Mona Joe Smith and Marie Morgan.

Larry was a 1962 graduate of Dubois High School, served in the National Guard and attended the Nazarene Church in Shoals and Natchez Church.

He retired from U. S. Gypsum as a shift foreman after 35 years of service.


Larry is survived by:

FUNERAL CEREMONY
A Funeral Ceremony will be conducted by Pastor Kevin Quinn at 11:00 a.m. on Tuesday, March 20th, 2018 at the Brosmer-Kemple Chapel in French Lick, Indiana. Burial will follow in Anderson Cemetery, Shoals, Indiana.

To order memorial trees or send flowers to the family in memory of Larry E. Archer, please visit our flower store.