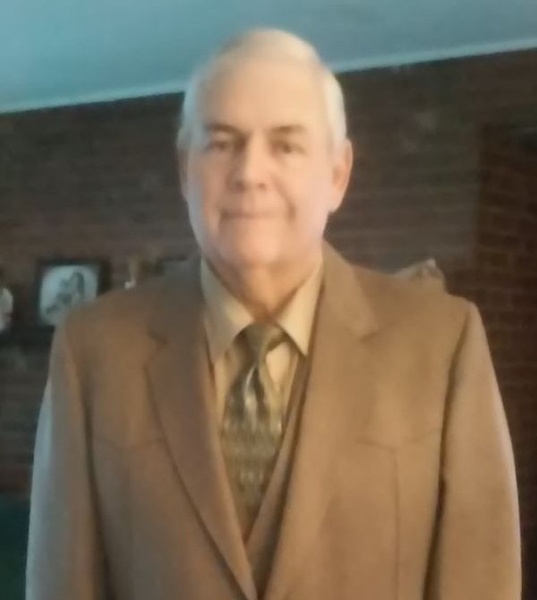 He was born in Dumas, Texas on January 2nd, 1946 to Benjamin Arthur and Nannie Dell (Fenimore) Brown.

He was preceded in death by his Parents; (2) Brothers – William Leroy “Buster” and Benny Brown; and (1) Son – Joe Lynn Brown.

Larry was a 1965 graduate of Dumas, Texas High School and a member of the Springs Valley Wesleyan Church.

He retired after working more than 40 years from Texas Eastern Pipeline as a Supervisor.


FUNERAL CEREMONY
A Funeral Ceremony will be conducted by Pastor John Moffatt on Thursday, August 26th, 2021 at 1:00 p.m. at Brosmer-Kemple Funeral Home with burial to follow at Mount Lebanon Cemetery.

VISITATION
Visitation for friends will be Thursday, August 26th, 2021 from 11:00 a.m. until the time of service at the funeral home.

Due to the increase in COVID cases, we strongly encourage everyone to wear a face mask and practice social distancing.

To order memorial trees or send flowers to the family in memory of Larry Joe Brown, please visit our flower store.