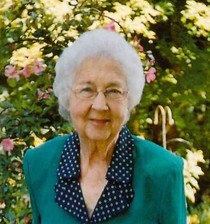 She was born in Martin County, Indiana on March 8th, 1931 to Cecil V. Tolbert and Audra (Hallaway) Tolbert.

Lena was of the Christian faith and enjoyed flowers and gardening, reading and spending time with family and friends.

FUNERAL CEREMONY
The Funeral Ceremony will be conducted by Pastor John Moffatt on Wednesday, March 22nd, 2017 at 11:00 a.m. at the T.L. Pinnick Chapel.  Burial will follow at the Ames Chapel Cemetery in Paoli, Indiana.

To order memorial trees or send flowers to the family in memory of Lena Marie Moffatt, please visit our flower store.