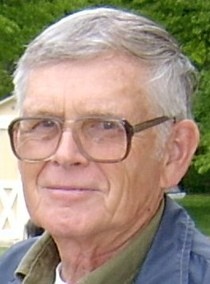 He was born in Martin County, Indiana on April 11th, 1930 to Napoleon â€œPoeâ€ and Mary (Qualkenbush) Roach.

Leon married Anita Baker on January 28th, 1950 and she survives.

Leon graduated from Shoals High School with the Class of 1949, was a member of the Cane Creek Christian Church and was the Owner/Operator of Roachâ€™s General Store in Hillham for over 33 years. He enjoyed farming and was also a school bus driver for 33 years.

Leon served his country in the United States Army as a Technical Sergeant with the 2nd Division during the Korean War.

VISITATION
Friends may call Monday from 4:00 to 7:00 p.m. at the Brosmer-Kemple Chapel.

To order memorial trees or send flowers to the family in memory of Leon Roach, please visit our flower store.