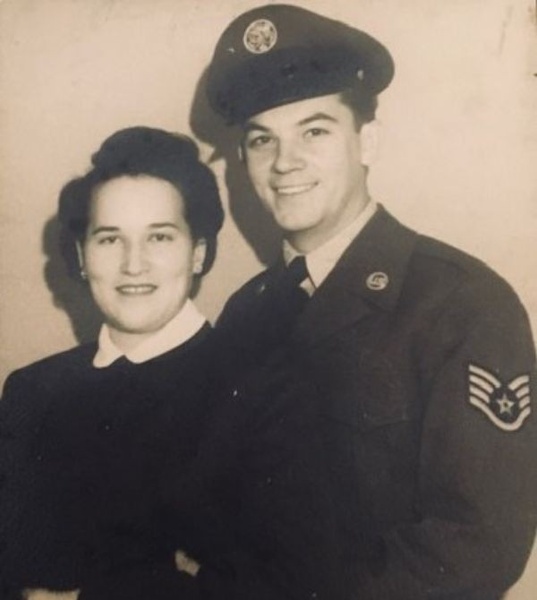 Jim was born in 1928 to George and Shirley (Emmons) Freeman in French Lick, Indiana

Preceding him in death were his parents, and three brothers and their spouses – Woodrow (Lucy), Charles (Louise) and Haskell (Pat).  Several nieces and nephews also preceded him in death – Elaine, Pam, Joe, Belinda and Linda.

Jim left school at the age of 17 and joined the Army from 1946-1947 in Korea.  He married Billie Trueblood in 1947.  He joined the Air Force in 1950 and retired in 1969 after 20 years of military service.  Jim subsequently worked at Crane Naval Weapons Support Center for 15 years.  He did receive his GED and an Associates degree from Ivy Tech during his lifetime.  Jim was honored to have served his country in the military and was proud to have earned his Air Force rank of SMSgt.

Jim and Billie traveled many places in Europe where he was stationed in the Air Force, and resided in France and Germany twice during his career, the second station included their sons with them.

He was a member of the Free Methodist Church in Bloomington.

Jim also enjoyed going “back” home to French Lick as often as he could.

Jim will be laid to rest with a Graveside Service conducted by Rev. Doug Finney on Tuesday, June 28th, 2022 at 11:00 a.m. at Crystal Community Cemetery in Crystal, Indiana. Military Graveside Rites will be accorded by the French Lick American Legion Post 76.

In lieu of flowers donations may be given to the Alzheimer’s Association, 225 N. Michigan Avenue, Fl 17, Chicago, IL 60601

To order memorial trees or send flowers to the family in memory of Lester L. "Jim" Freeman, please visit our flower store.