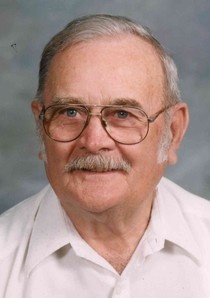 He was born on February 8th, 1923 in Martin County, Indiana to Napoleon Poe and Mary (Qualkenbush) Roach.

He was also preceded in death by his Parents, (10) Brothers and Sisters, (1) Grandson – Duane Howell and
(1) Granddaughter – Amanda Lee.

Earl was a member of the Church at Powell Valley and proudly served our country during World War II in the United States Army.

He was an employee of Crane and retired from Indiana Cabinet in Dubois, Indiana.

Earl is survived by:


FUNERAL CEREMONY
A funeral ceremony will be held on Tuesday, July 10th, 2018 at 11:00 a.m. at the Brosmer-Kemple Funeral Home. Burial will follow in the Emmons Ridge Cemetery.

In lieu of flowers, the family requests memorial contributions be made to the Emmons Ridge Cemetery, c/o Kathy Kalb, 2494 Hillham Road, French Lick, IN 47432.

To order memorial trees or send flowers to the family in memory of Lloyd Earl Roach, please visit our flower store.