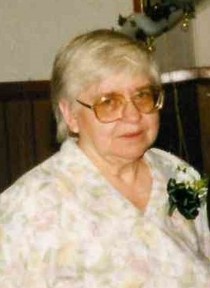 She was born in Sidney, Ohio on September 9th, 1932 to Richard Davis and Anna (Keack) Davis.

Lois retired from the French Lick Springs Hotel where she worked in housekeeping.

FUNERAL CEREMONY
The Funeral Ceremony will be conducted by Pastor Craig Chesnut on Friday, March 3rd, 2017 at 11:00 a.m. at the Brosmer-Kemple Chapel. Burial will follow at the Mount Lebanon Cemetery in French Lick.

To order memorial trees or send flowers to the family in memory of Lois Juanita Purkhiser, please visit our flower store.