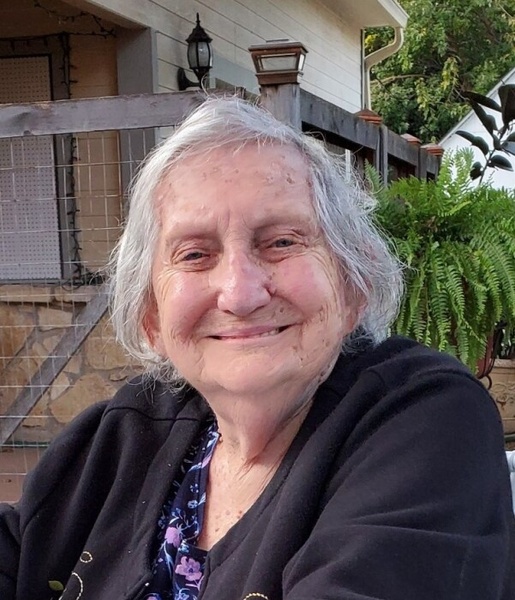 Margaret (Schultz) Hinkle, age 91, of Dallas, Texas, formerly of French Lick, Indiana entered into eternal rest on January 8th, 2021 in a Dallas Texas hospital.  She was born on October 16th, 1929 to Viola and James Schultz in Detroit, Michigan where she grew up with seven siblings.  On May 22nd, 1948 she married George Hinkle who preceded her in death. She is survived by one sister, Naomi of Birmingham, Alabama; daughters, Glenda (James) Shipman and Barbara (William) Young and son George (Cindy) Hinkle, Jr. She was a beloved Daughter, Sister, Aunt, Wife, Mother and Friend, but her favorite titles were "Mamaw" used by her grandchildren - Cori, Cammie, Megan, Gennifer, Elliott, Miranda and "Memaw" used by her great-grandchildren - Chance, Caleb, Mayleigh, Cohen, Christian, Callista, Macy, Ila, Emmett, Augie, Nora, Brenna, Greyson and River. Along with family, she leaves behind many friends in the Springs Valley area where she raised her family and lived most of her life.  She enjoyed spending the winter months in Dallas with her daughter, Barbara and her family, and lived there since November, 2018.  An employee of Kimball International for many years, after retirement she enjoyed visiting family and friends and traveling with her husband until his passing 27 years ago. Memorial Graveside Services for Margaret Hinkle will be held on Saturday, July 17th, 2021 at 1:00 p.m. at Crystal Community Cemetery in Crystal, Indiana.  A Celebration of Life for family and friends will follow at 3:00 p.m. at the French Lick American Legion in French Lick, Indiana.
To order memorial trees or send flowers to the family in memory of Margaret Hinkle, please visit our flower store.