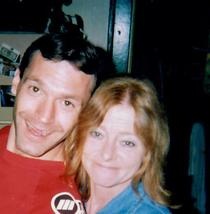 Marilyn Lagenour, 62 years young, of Dubois, Indiana, entered into eternal rest on December 14th, 2016 at The Timbers in Jasper, Indiana.

She was born in Orange County, Indiana on October 26, 1954 to Lawrence Beatty and Florence (Howard) Beatty.

Marilyn married Ronald Lee Lagenour and he preceded her in death on April 15th, 2004.

Marilyn worked at Kimball Electronics as a Circuit Board Inspector and enjoyed going to the casino and spending time with family and friends.


FUNERAL CEREMONY
A Funeral Ceremony will be conducted by Pastor Albert Madden at 10:00 a.m. on Tuesday, December 20th, 2016 at the Brosmer-Kemple Chapel.   Burial will follow at Cane Creek Cemetery, French Lick, Indiana.

To order memorial trees or send flowers to the family in memory of Marilyn Lagenour, please visit our flower store.