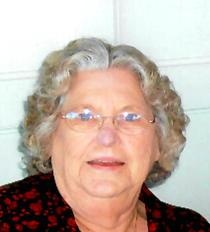 She was born on April 5th, 1932 to Elmer Quinn and Velma (Wininger) Quinn.

She was preceded in death by her parents, husband, (1) step-son â€“ Edward Street and (1) brother â€“ James Quinn.

Ruth attended school in Martin County and was a homemaker.

Ruth is survived by:


FUNERAL CEREMONY
The Funeral Ceremony will be conducted at 10:00 a.m. on Saturday, June 11th, 2016 at the T.L. Pinnick Chapel. Burial will follow at the Emmons Ridge Cemetery, Hillham, Indiana.

In lieu of flowers, the family requests memorial contributions be made to the family or Emmons Ridge Cemetery,
c/o of Elza Quinn, 2475 Hillham Road, French Lick, IN 47432.

To order memorial trees or send flowers to the family in memory of Marilyn Ruth Street, please visit our flower store.