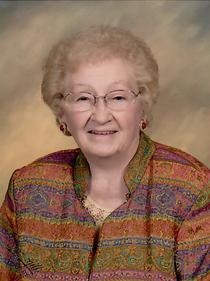 She was born in Owensboro, Kentucky on March 21st, 1918 to Everett O. Watson and Ada Ruth (Lehigh) Watson.

She was also preceded in death by her parents, (1) Infant Son â€“ Arthur Wells and (1) Sister â€“ Anna Louise Watson.

She graduated with the French Lick High School Class of 1936 and attended many reunions over the years.

Marjorie was employed at the French Lick Springs Hotel, later the French Lick Sheraton Hotel, as a Registration Desk Clerk. She was later employed for (30) thirty years by the Springs Valley National bank as a teller, both in the French Lick and West Baden Springs branches. She thoroughly enjoyed meeting and serving the public and received many accolades upon her retirement.

Marjorie is survived by:

FUNERAL MASS
A Funeral Mass will be conducted at the Our Lady of the Springs Catholic Church in French Lick, Indiana at 11:00 a.m. on Monday, April 4th, 2016 by Father Peter Marshall. Burial will follow at the Ames Chapel Cemetery in Paoli, Indiana.

To order memorial trees or send flowers to the family in memory of Marjorie May Wells, please visit our flower store.