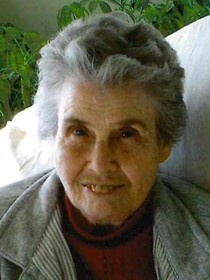 She was born in West Baden Springs, Indiana on January 6th, 1932 to Francis Knight and Ola (Qualkenbush) Knight.

Martha married Charles J. Morrison on May 10th, 1952 and he survives.

She was preceded in death by her parents and (1) Brother â€“ Jesse Knight.

Martha was a member of Our Lady of the Springs Catholic Church, a graduate of West Baden High School class of 1949 and had worked at the French Lick 5 & 10 and Travelers.

She was a homemaker, loved gardening, sewing, working in her flower garden and spending time with her loving family


Martha is survived by:


FUNERAL CEREMONY
A Funeral Ceremony will be conducted by Father Benjamin Syberg on Monday, August 21st, 2017 at 2:00 p.m. at the T.L. Pinnick Chapel in French Lick, Indiana.  Interment will follow in Ames Chapel Cemetery in Paoli, Indiana.

In lieu of flowers, memorial contributions may be made in memory of Martha to the organization of your choice.

To order memorial trees or send flowers to the family in memory of Martha Morrison, please visit our flower store.