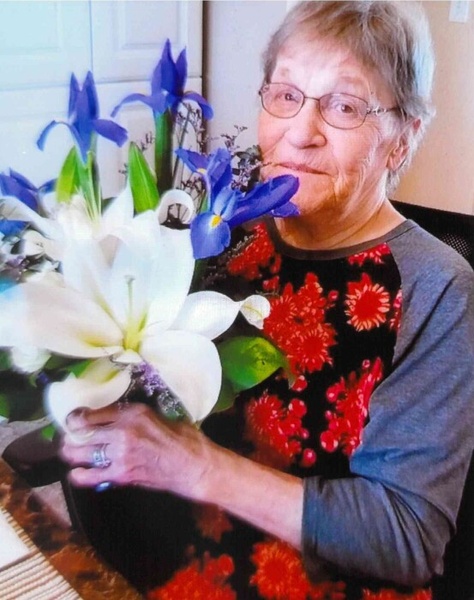 She was born in French Lick, Indiana on February 16th, 1935 to Clarence Albert Trueblood and Lucy Eleanor (Briner) Trueblood.

She was also preceded in death by her parents and Twin Sisters – Norma Gene and Naomi Jane Trueblood.

Mary Lou attended the Springs Valley Nazarene Church and had worked at Butler’s Laundry, at various restaurants as a waitress and cook, Agan’s Market and cleaned houses.

She enjoyed bowling (which she did as long as she could), planting flowers, and her dog Boo Boo.

Mary Lou is survived by:

A Private Graveside Ceremony will be held at Crystal Community Cemetery.

To order memorial trees or send flowers to the family in memory of Mary Lou Allen, please visit our flower store.