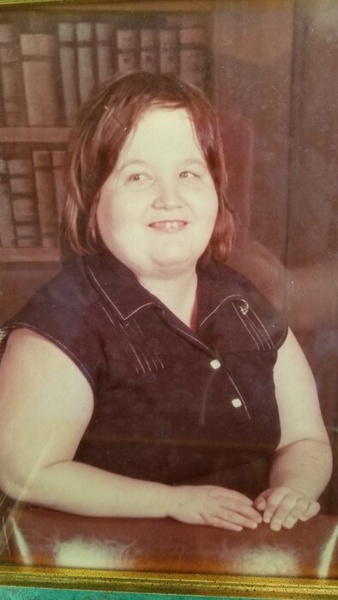 She was born in Dayton, Ohio on April 12th, 1950 to Thurston G. Eaves and Peggy Ann (Anderson) Eaves.

Mary married the love of her life, Bob Russell Arthur on September 1st, 1973 and he preceded her in death on September 13th, 2020.

Mary was a 1972 high school graduate from the Alabama Institute for the Deaf and Blind in Talladega, Alabama; a 1974 graduate from the Special Technical Facility of the Department of the Adult Blind and Deaf as a Medical Transcriptionist; and a 1988 graduate from the Kentucky Rehabilitation Center for the Blind in Computer Training.

She was a member of the Springs Valley Methodist Church and sang in the choir when she was able. She had the voice of an angel.  Mary was a resident of Springs Valley Meadows where she was dearly loved by her many friends.

Mary now joins Bob in Heaven and they will be spending Christmas together and for the first time they both will be able to see each other.  Bob and Mary both blind from birth, did not let that handicap them.  They traveled together on trips throughout the United States by plane, train, automobile and bus.  French Lick residents would see both of them either walking along together on the streets or in many of the stores.  French Lick was their town.  Mary and Bob were both injured in a carnival accident which ended their careers.  They both loved music, food and visiting Savannah, Georgia.  Mary had many friends throughout the United States and her closest were from school, which she contacted frequently.  She and Bob treasured those friendships.

Cremation was chosen and Mary and Bob will be interned together at Greenwich Cemetery in Savannah, Georgia.

Family and friends will be notified of services to be held at a later date.

Memorial contributions in Mary’s memory can be sent to the Alabama Institute for the Deaf and Blind,

To order memorial trees or send flowers to the family in memory of Mary Ann Arthur, please visit our flower store.