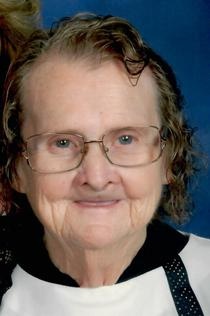 She was born in Red Boiling Springs, Tennessee on April 12th, 1934 to Alonzo and Ossie (Steen) Babbitt.

Nina was a member of the Springs Valley Pentecostal Church and loved Bingo.


FUNERAL CEREMONY
A Funeral Ceremony will be conducted by Pastor Randy Simmons at 1:00 p.m. on Wednesday, December 7th, 2016 at the T.L. Pinnick Chapel.   Burial will follow at the Old Baptist Cemetery in West Baden Springs, Indiana.

VISITATION
Friends may call on Wednesday, December 7th, 2016 from 11:00 a.m. until the time of service at the T.L. Pinnick Chapel in French Lick, Indiana.

To order memorial trees or send flowers to the family in memory of Nina Coleen Croninger, please visit our flower store.