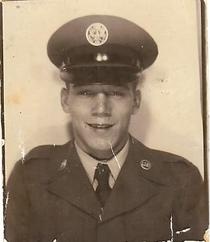 He was born on October 23rd, 1937 in French Lick, Indiana to George Everett Self and Rosa Edith Lagenour Self

Norman was married to Shirley West and she preceded him in death.

He was also preceded in death by his parents and (1) Sister â€“Julia Jane Self.

Burial will follow in the Wininger Cemetery in Hillham, Indiana.

To order memorial trees or send flowers to the family in memory of Norman Everett Self, please visit our flower store.