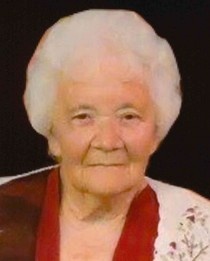 She was born in Dubois County, Indiana on April 28th, 1927 to Nelson and Elsie (Lang) Hall.

She was also preceded in death by her parents, (3) Sisters â€“ Elaine, Elnora and Ethel; (5) Brothers â€“ James, Clifford, Jessie, Lewis and Willie; and (1) Great-granddaughter- Heather.

Opal attended the West Baden First Baptist Church and graduated from Cuzco High School with the Class of 1946.

She retired from the Orange County Bank in Paoli, Indiana where she was a bank teller for over 35 years.

Opal is survived by:


FUNERAL CEREMONY
The Funeral Ceremony will be conducted by Pastor Jim Tritle on Monday, September 4th, 2017 at 11:00 a.m. at the Brosmer-Kemple Chapel.  Burial will follow at Paoli Community Cemetery in Paoli, Indiana.

In lieu of flowers, the family requests memorial contributions be made in memory of Opal to the American Cancer Society, P.O. Box 22478, Oklahoma City, OK 73123

To order memorial trees or send flowers to the family in memory of Opal E Harmon, please visit our flower store.