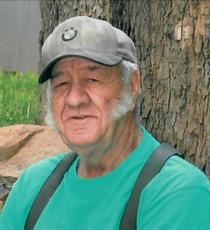 He was born in Orange County, Indiana on December 18th, 1939 to Perry and Iva (Reynolds) Jones.

Oscar married Ruth Terry on March 14th, 1974 and she survives.

He was preceded in death by his parents, (4) Brothers â€“ Vernon, Ernie, Clyde and Dale Jones; (2) Sisters â€“ Marie Wesner and Lois Emmons.

Oscar graduated from French Lick High School with the Class of 1958. He enjoyed farming, gardening, fishing and spending quality time with his precious grandchildren and great-grandchildren. He was a member of the American Legion Post #76 in French Lick, Indiana.  He was a laborer in the construction industry. He had previously worked for Stone City Construction and Lindseyâ€™s Lumber and Construction, where he retired from. Oscar was also a member of the Laborersâ€™ International Union of North American Local Union 741.

He served his country in the United States Army during the Korean War.

Oscar is survived by:


FUNERAL CEREMONY
Funeral ceremony will be conducted by Bro. Wayne Pendley on Sunday, February 7th, 2016 at 2:00 p.m. at the T.L. Pinnick Chapel in French Lick. Interment will follow in the Crystal Cemetery in Crystal, Indiana.

To order memorial trees or send flowers to the family in memory of Oscar L. Jones, please visit our flower store.