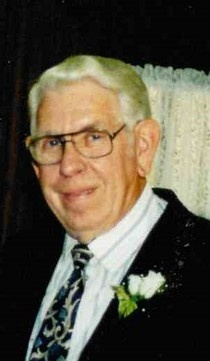 He was born in Crystal, Indiana on September 12th, 1929 to Paul Thomas Cave Sr. and Belle Bernice (Ziegler) Cave.

He worked Jasper Lumber Company for several years until he was hired at United States Gypsum in Shoals where he worked for 36 years and retired as a Maintenance Foreman.

Paul is survived by:


FUNERAL CEREMONY
A Funeral Ceremony will be conducted by Pastor Mike Stout on Thursday, January 26th, 2017 at 11:00 a.m. at the Brosmer-Kemple Chapel in French Lick, Indiana. Interment will follow in the Crystal Cemetery in Crystal, Indiana.

To order memorial trees or send flowers to the family in memory of Paul Thomas Cave Jr., please visit our flower store.