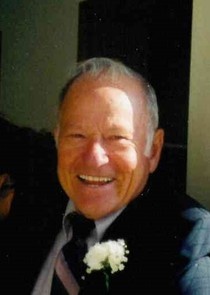 He was born in Jackson Township, French Lick, Indiana on May 22nd, 1927 to Floyd Everett and Myrtle (Thurston) Nicholson.

He was also preceded in death by his parents, (1) Sister â€“ Rose Elizabeth Tabor and (1) Grandson â€“ Jason Tinkle.

Paul was a 1945 graduate of French Lick High School, served our country in the United States Army in WWII, was employed by Bunny Bread as a delivery salesman where he retired. After retiring, he worked at Aganâ€™s Market as the evening Manager.

He was a member of the French Lick American Legion Post 76, French Lick Masonic Lodge F&AM #586, former Trustee of Jackson Township for 16 years, and served on the Springs Valley School Board for several years.

Paul was a sports enthusiast, especially the Boston Celtics when Larry Bird played, the Indiana Pacers and the St. Louis Cardinals.  He was on several bowling leagues, where he bowled three times a week and also enjoyed quail hunting and later on in life watching them. Paul loved his family and being around and talking to people.

To order memorial trees or send flowers to the family in memory of Paul E. "Nick" Nicholson, please visit our flower store.