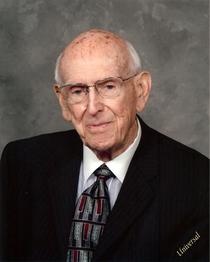 He was also preceded in death by his parents and (1) Brother â€“ Donald Ray Spoonmore.

Jack graduated from West Baden High School Class of 1942. He served in the U.S. Army 101st Airborne, both Active Duty and Reserve Duty, from 1949 until 1954. He then was employed by Indiana Natural Gas, now known as Vectren, and retired after 45 plus years of service.

He was a member of the Prospect Church of Christ in West Baden Springs, Indiana.

Burial will follow in the Paoli Community Cemetery in Paoli, Indiana.

In lieu of flowers the family requests that memorial contributions be made to the Prospect Church of Christ, Spring Mill Bible Camp, IU Hospital Bloomington Foundation or to the IU Hospital Paoli Foundation.

To order memorial trees or send flowers to the family in memory of Paul Jack Spoonmore, please visit our flower store.