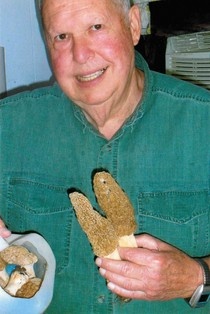 He was born in Orange County, Indiana on January 21st, 1934 to Alonzo and Doris (Rogers) Begarly.

Ray was preceded in death by his parents and (1) brother â€“ Wayne Begarly.

He retired from Evansville Benjamin Bosses High School where he was a secondary teacher.  Ray taught Radio Broadcasting and Public Speaking for 33 years.

Ray was a graduate of French Lick High School and Indiana State College, and served his country in the United States Army with the Counter Intelligence Corps.

Ray was always interested in music and played the bass drum for ten years. He started playing in 8th grade, continued through high school and college, and later with the Fort Holabird Drum and Bugle Corps in Baltimore, Maryland, where he was stationed.  He was also a soloist with the Indiana State Choir.

VISITATION
Visitation will Saturday, June 17th, 2017 from 2:00 p.m. until the time of service at the Brosmer-Kemple Chapel.

In lieu of flowers, the family requests memorial contributions be made to the FL/WB Museum, 469 S Maple St #103, French Lick, IN 47432

To order memorial trees or send flowers to the family in memory of Ray L. Begarly, please visit our flower store.