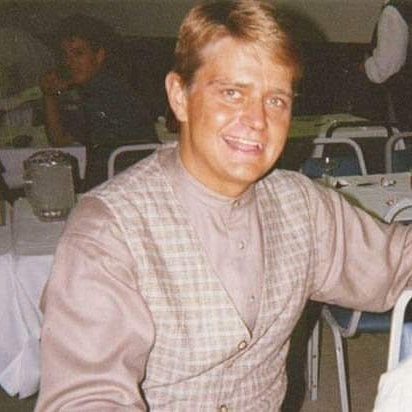 Rex Evan Bond went to sleep in the Lord on March 28th, 2020 at the University of Louisville Hospital in Louisville, Kentucky.

He was born in Bedford, Indiana on October 10th, 1960 to James Elmer and Nancy Clay Bond and raised in French Lick, Indiana by them with his siblings Clay Marc, Jan Eric and Roger Daren.  It was a loud and lively household; friends spent lots of time there.

Rex was preceded in death by his parents and (2) Brothers – Clay Marc Bond and Roger Daren Bond.

He was a 1978 graduate of Springs Valley High School and then began college at Indiana University Bloomington, studying performing arts.  He had a real knack for magic and performing in general, appearing in numerous plays and performing at IU’s Madrigal Dinners.  He landed at Purdue and began studying engineering and then finished that degree at the University of Louisville, then putting his degree to work at NWSC Crane.

Rex was outgoing and never shy about sharing his opinion and viewpoint; you always knew where he stood.

Cremation was chosen and a Celebration of Life ceremony will be held at a later date.

To order memorial trees or send flowers to the family in memory of Rex Evan Bond, please visit our flower store.