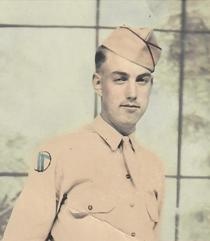 He was born in Orange County, Indiana on November 5th, 1924 to Ernest and Lottie (Stackhouse) Hallaway.

Rex married Jeanette Lashbooks and she preceded him in death.

Rex was a member of the French Lick American Legion Post 76 and attended the Springs Valley Wesleyan Church.

He served his country in the United States Army during World War II and was awarded numerous medals. After the war, Rex worked for Osborne Rapid Transit as a mechanic.

Rex is survived by:

To order memorial trees or send flowers to the family in memory of Rex Hallaway, please visit our flower store.