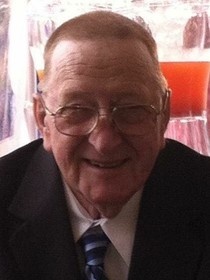 He was born in Portland, Indiana on November 8th, 1931 to Russell and Anna Zoe (Grider) Landers.

Richard married Clara Louise Cooke and she preceded him in death on December 14th, 2009.

Richard retired from US Gypsum after over 36 years of dedication.

He graduated from Paoli High School with the Class of 1950.

In 1952, Richard joined the United States Army and served his country during the Korean War until being honorably discharged in 1954.

FUNERAL CEREMONY
A Funeral Ceremony will be conducted by Bro. Randy Stevens at 1:00 p.m. on Wednesday, February 1st, 2017 at the Brosmer-Kemple Chapel in French Lick, Indiana. Burial will follow in Moores Ridge Cemetery.

To order memorial trees or send flowers to the family in memory of Richard Duane Landers, please visit our flower store.