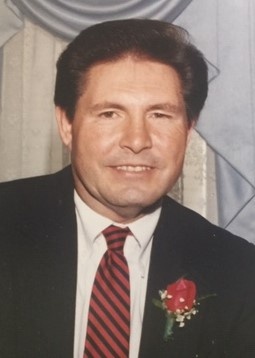 Rodney D. Hale, age 75, of Haysville, Indiana, entered into eternal rest on July 20th, 2019 at his residence surrounded by family.
He was born in Petersburg, Indiana on August 2nd, 1943 to Ermal and Nina “Brittain” Hale.
Rod was united in marriage to Roberta Deremiah on March 9th, 2004 and she survives.
He was preceded in death by his parents.
Rod was a 1961 graduate of Petersburg High School, where he was the star quarterback and excelled at track and field.
He then proudly served his country in the United States Marine Corp in Vietnam.
He was an accountant for various companies and then moved to Colorado where he worked on an elk ranch for several years before ending up at “The Little Nell” hotel in Aspen, Colorado. He was a member of the Jasper American Legion Post 147 and also the Jasper VFW Post 673 both in Jasper, Indiana.
Rod enjoyed snow skiing, boating, fishing and his lunch dates with his lifelong friend, Ted Cates.  He especially loved spending time with his family.
He is survived by:
Wife Bobbie Deremiah-Hale Haysville, Indiana
(3) Daughters Tamara Nixon Evansville, Indiana
Beckie Brown (Danny) Evansville, Indiana
Tanya Bousman (Walt) Boulder, Wyoming
(2) Brothers Jack Hale Indianapolis, Indiana
Ritchie Hale Jasper, Indiana
(1) Sister Jill Ann Crane Denver, North Carolina
(1) Step-Son Chad Elkins (Charity) Jasper, Indiana
(1) Step-Daughter Kirstie Lynch (Jason) French Lick, Indiana
(6) Grandchildren (4) Great-Grandchildren
(4) Step-Grandchildren

GRAVESIDE CEREMONY
A Graveside Ceremony will be conducted by John Magnes on Monday, July 22nd, 2019 at 2:00 p.m. at the Vincent Cemetery in Otwell, Indiana.

To order memorial trees or send flowers to the family in memory of Rodney D. Hale, please visit our flower store.