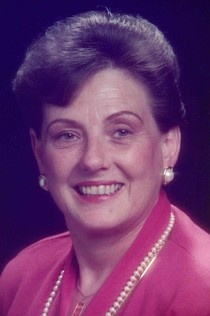 She was born in Paoli, Indiana on September 16th, 1929 to Acie Ellis and Beulah (Weeks) Qualkenbush.

Rosemary married Charles Bennett on November 20th, 1950 and he preceded her in death on September 1st, 2015.

She was also preceded in death by her parents and (1) Brother â€“ Arnold Qualkenbush.

Rosemary graduated from the French Lick High School Class of 1947.  She worked most of her life in womenâ€™s clothing retail sales at various stores including the Little Dress Shop, The French Shop in the French Lick Sheraton Hotel and The Charm Shop in Bloomington, Indiana, where she and Charlie lived for many years.

She was a member of the Beechwood Christian Church, Chapter A.C. P.E.O., Phi Beta Psi, charter member of Jobs Daughters and a graduate of the Hotel/Motel Association.

FUNERAL CEREMONY
The Funeral Ceremony will be conducted by Pastor John Moffatt on Tuesday, February 13th, 2018 at 4:00 p.m. at the Brosmer-Kemple Chapel.  Burial will follow in the Ames Chapel Cemetery in Paoli, Indiana.

To order memorial trees or send flowers to the family in memory of Rosemary Bennett, please visit our flower store.