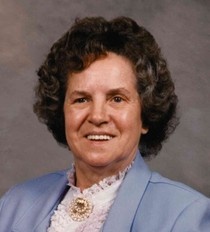 She was born in Dubois County, Indiana on November 22, 1923 to Perry F. and Bertie (Harris) Stevens.

Ruby was a lifetime homemaker where she enjoyed spending time with her family, quilting and needlepoint. She was a member of Peopleâ€™s Tabernacle Church in French Lick, Indiana.

Ruby is survived by:


FUNERAL CEREMONY
The Funeral Ceremony will be conducted by Pastor Randy Simmons on Saturday, October 14th, 2017 at 1:00 p.m. at the Brosmer-Kemple Chapel.  Burial will follow at Crystal Cemetery in Crystal, Indiana.

In lieu of flowers, the family requests memorial contributions be made in memory of Ruby to the Crystal Cemetery Fund.

To order memorial trees or send flowers to the family in memory of Ruby Pauline Qualkenbush, please visit our flower store.