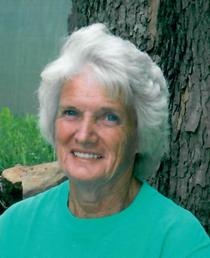 She was born in Orange County, Indiana on June 17th, 1938 to Harold â€œPeteâ€ Terry and Alma (Terrell) Terry.

She was also preceded in death by her parents and (3) Sisters â€“ Alice Wininger, Betty Blanton and Shirley White.

Ruth was a homemaker. She enjoyed helping her husband on the farm and providing for her family. Ruth loved being outdoors and spending time with her family. She was known for her work ethic and taught her family numerous life lessons including but not limited to having a strong work ethic.


FUNERAL CEREMONY
The Funeral Ceremony will be conducted on Thursday, October 20th, 2016 at 11:00 a.m. by Chaplain Cindy Lagle at the T.L. Pinnick Chapel. Burial will follow in the Crystal Cemetery in Crystal, Indiana.

To order memorial trees or send flowers to the family in memory of Ruth E. Jones, please visit our flower store.