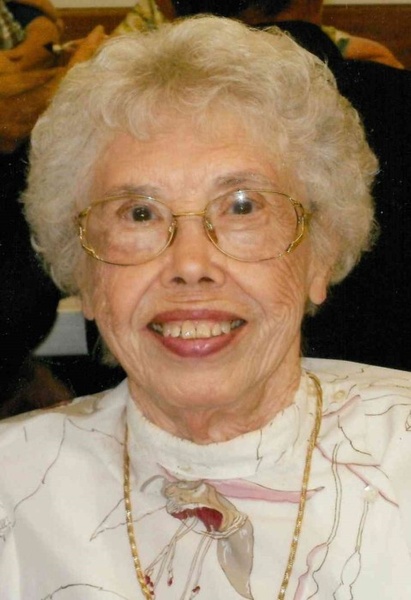 She was born in Northwest Township in Orange County, Indiana on December 21st, 1919 to John T. and Virginia M. (Scarlett) Knight.

She was also preceded in death by her parents, (5) Brothers – Francis, Clarence, Amel, Sherman and Henry Knight; and (3) Sisters – Avis and Lela Knight and Audra Deel.

Ruth attended the Hillham Church of Christ in Christian Union in Hillham, Indiana. She was a lifetime member of the Eastern Star with over 50 years of loyal membership. Ruth retired from the Springs Valley Shoe Corporation after over 30 years of faithful service.

Ruth is survived by:

FUNERAL CEREMONY
A Funeral Ceremony will be conducted by Pastor Mike Newland on Wednesday, December 12th, 2018 at 2:00 p.m. at Brosmer-Kemple Funeral Home in French Lick, Indiana.  Burial will follow in Patoka Memorial Cemetery.

The family requests memorial contributions be made In Memory of Ruth E. Woolsey to the Hillham Church of Christ In Christian Union, 11135 IN-56, French Lick, Indiana 47432.

To order memorial trees or send flowers to the family in memory of Ruth E. Woolsey, please visit our flower store.