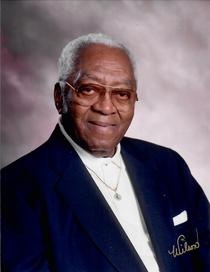 He was born on March 5th, 1926 in St. Louis, Missouri to Henry Townsley and Sara â€œJacksonâ€ Townsley.

Sam graduated on May 31st, 1955 from Kentucky State College in Frankfort, Kentucky with a B.A. in History.

He served his country in the United States Navy.

Sam retired from the French Lick Springs Hotel in 2005 as Bell Captain, where he had greeted and assisted thousands of guests over the more than 50 years of service with the hotel.  Sam revisited the hotel in 2014 to see what he had considered home for many years and was greeted by many of his friends and fellow employees.

His love and devotion for the hotel and guests was evident and will not be forgotten by many.


Sam is survived by nieces and the many fellow employees and friends of the French Lick Resort.


A Celebration of Life Service will be held on Monday, October 3rd, 2016 at 6:00 p.m. on the grounds of the West Baden Springs Hotel below the Jesuit Cemetery.

There will be a private disposition at a later time.

To order memorial trees or send flowers to the family in memory of Samuel Townsley, please visit our flower store.