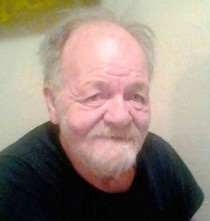 He was born in Marion County, Indiana on April 5th, 1943 to Kenneth Lee and Chloe Imogene (Wininger) Wood.

Stephen was preceded in death by his parents and (1) Brother â€“ Jerry L. Wood.

He was an over-the-road truck driver until his retirement.

Stephen is survived by:

Cremation was chosen and a private burial service will be held at a later date.

To order memorial trees or send flowers to the family in memory of Stephen Michael Wood, please visit our flower store.