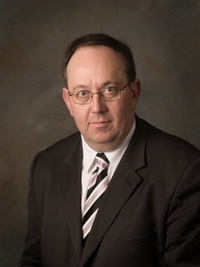 He was born on August 11th, 1959 in Evanston, Illinois to Wilbert Struck and Winnifred â€œFlaggâ€ Struck.

He married Cathy Jones on January 31st, 1986 and she survives.

Steve was a member of the Southwest Indiana Walk to Emmaus, a 1984 Graduate of Mid-America College of Funeral Service, former Martin County Coroner and a 1977 Graduate of Carmel High School in Carmel, Indiana.

He was a funeral director at Needham-Storey-Wampner Funeral Service in Marion, Indiana.

The funeral service will be held at 1:00 PM on Sunday, December 15th, 2013, at the Brosmer-Kemple Funeral Home in French Lick, Indiana and friends may call from 4:00 PM until 8:00 PM on Saturday, December 14th and from 11:00 AM until the time of the service on Sunday.

In lieu of flowers family has requested memorials be made to the American Heart Association, 6100 W. 96th Street Ste 200
Indianapolis, IN 46278.

To order memorial trees or send flowers to the family in memory of Steven J Struck, please visit our flower store.