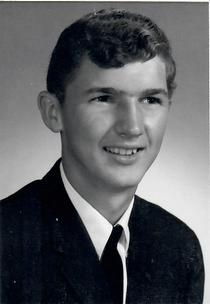 He was born in Martin County, Indiana on September 5th, 1950 to Arven W. Ziegler and Thelma O. (Qualkenbush) Ziegler.

He graduated from Springs Valley High School with the Class of 1968. After high school, he attended Indiana University until his debilitating accident on April 28th, 1969.

Terry is survived by:


FUNERAL CEREMONY
A funeral ceremony will be conducted by Pastor John Moffatt on Friday, July 15th, 2016 at 2:00 p.m. at the Brosmer-Kemple Chapel, 9640 West State Road 56, French Lick, Indiana. Interment will follow in the Crystal Cemetery in Crystal, Indiana.

In lieu of flowers, the family requests memorial contributions be made to the Crystal Cemetery Fund, 9097 North 900 East, Dubois, Indiana 47527.

To order memorial trees or send flowers to the family in memory of Terry C. Ziegler, please visit our flower store.