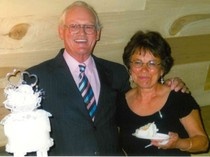 He was born in Indianapolis, Indiana on June 14th, 1938 to Wilbert and Alberta â€œLawverâ€ Vail.

Tom married the love of his life Joan Wagstaff on November 4th, 1955 and she survives. He appreciated and loved his supportive children.

He retired from Ford Motor Company in Indianapolis, Indiana after 38 years.


Tom is survived by:


Memorial Service
A Memorial Service will be held on Saturday, August 12th, 2017 at 2:00 p.m. at the Kingdom Hall of Jehovahâ€™s Witnesses in French Lick, Indiana.

To order memorial trees or send flowers to the family in memory of Thomas James Vail Sr., please visit our flower store.