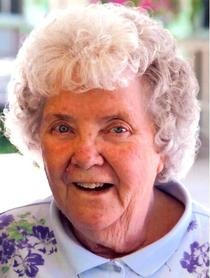 Virlee was born on December 2nd, 1931 in Orange County, Indiana to Henry and Louise (Guntil) Haefling.

She married William Jones and he preceded her in death on February 29th, 2008.

She was also preceded in death by her parents, (1) Twin-Sister - Virginia Kellams and (1) Sister - Shirley Foxx and a dear and special niece Patty Pielemeier.

Virlee was a member of Our Lady of the Springs Catholic Church in French Lick.

She retired from Kimball International after 35 years.

To order memorial trees or send flowers to the family in memory of Virlee Rose Jones, please visit our flower store.