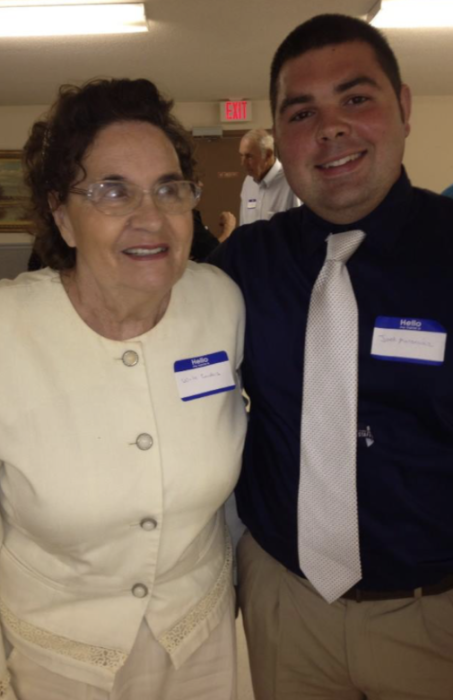 She was born in French Lick, Indiana on December 24th, 1935 to Walter and Edith (Moore) Eastridge.

Willa Mae married Glenn Wineinger and then married Leon Sanders and they both preceded her in death.

She was also preceded in death by her parents, (1) Brother – Kenneth Eastridge and (1) Grandson – Jason Franklin.

Willa Mae was a 1953 graduate of French Lick High School, had worked for Kimball Piano where she was a piano tuner and had helped on the family farm.

She was a member Phi Beta Psi Sorority and the Orange Shirt Society, where she had served as vice president. Her involvement with the Orange Shirts helped in getting the casino in French Lick and was one of her proudest achievements.  She was also active in getting contributions for the American Cancer Society.

FUNERAL CEREMONY
A Funeral Ceremony will be conducted by Rev. Darrell Wineinger on Tuesday, April 27th, 2021 at 2:00 p.m. at Brosmer-Kemple Funeral Home with burial to follow at Mount Lebanon Cemetery.

VISITATION
Visitation will be on Tuesday, April 27th, 2021 from 10:00 a.m. until the time of service at the funeral home.

To order memorial trees or send flowers to the family in memory of Willa Mae Sanders, please visit our flower store.